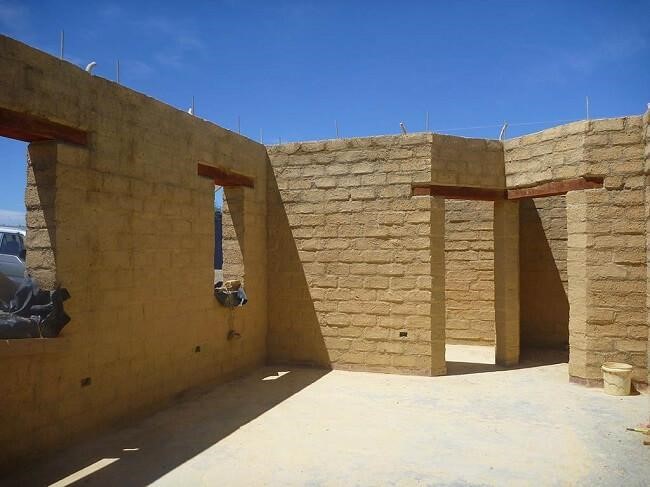 The adobe house was the expression chosen to spread the earth construction technique to the world, which uses mainly adobe – bricks made with raw earth, straw and water, which are later molded and dried in the sun.

But how does this process work?

In this article, Sky Marketing will show you the materials and techniques used, as well as the advantages and disadvantages of building an adobe house. Check out!

What is an Adobe House?

The adobe house was the expression chosen to spread the earth construction technique to the world, which uses mainly adobe – bricks made with raw earth, straw, and water, which are later molded and dried in the sun.

The adobe house is one of the most used techniques in bioconstruction – a constructive technique that values ​​the use of materials with low environmental impact and makes use of alternative systems for waste treatment and energy and water consumption.

What Materials are Used to Make Adobe?

The adobe bricks that make up the structure of the adobe house are made from a mixture of raw earth, straw, and water pressed in molds and then dried in the sun.

This technique, in turn, becomes completely sustainable because, in addition to using the land from the construction site, it also does not require a burning process; that is, the adobe bricks that will compose the structure of the adobe house do not need to be burned, reducing the emission of gasses into the atmosphere.

Pay attention to the characteristics of the land so that the manufacture of the adobe brick, which will make up the adobe house, is satisfactory and of good quality. For this, it is necessary that the earth has from 15% to 30% of clay in its composition so that it is possible to give a good bond to the dough.

In addition, it is recommended that you use the earth from 50 cm in depth, avoiding as much as possible the presence of organic materials such as decaying leaves, plant and animal remains, or roots that may interfere with the quality of the brick that will be used in the construction of the adobe house.

Advantages and Disadvantages of the Adobe House

The adobe brick (used in the construction of the adobe house) is one of the oldest building materials used in the world. Its use was especially concentrated in hot and dry regions. However, it has fallen out of favor considerably in recent decades due to the arrival of ceramic brick and cement. Today, it is gradually conquering its space again in projects that value the concept of sustainability.

Check out some advantages and disadvantages of building an adobe house below.

Advantages of Building an Adobe House:

Disadvantages of Building an Adobe House:

The search for new construction techniques that minimize the environmental impact generated during construction has made many people turn their eyes to methods that cover bioconstruction, including adobe houses, mud houses, and the famous bamboo houses.

And contrary to what many think, these techniques are not reserved only for hippies but for all those looking for more affordable housing that actually promotes a better connection and balance with nature.

Whether in Pakistan or elsewhere in the world, the growing demand for modern adobe houses has contributed to the strengthening of the technique, even more so when the structure of the adobe house is accompanied by a sustainable roof (use of solar tile, green roof, use white tile) or when the property prioritizes the use of solar panels as a form of energy capture and the installation of cisterns to capture rainwater.

Check out https://tajarat.com.pk/nova-city-islamabad/ to see more types of houses. 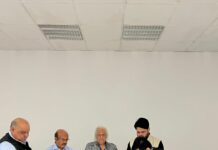 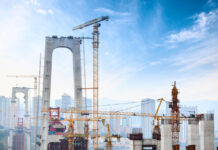