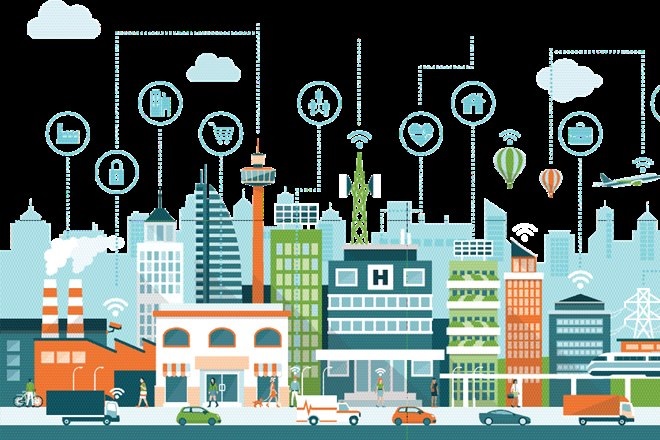 While the importance of the Smart City Mission (SCM), which has more than 5,000 projects worth over `2 lakh crore at various stages of implementation (as of May 10, 2019), for the country’s urban future is obvious, less known is the key role the Internet of Things (IoT) is playing in its execution.

By providing a platform to handle large volumes of sensor-based data, the IoT can ensure that billions of digital devices interact with each other and respond to changing urban-scapes, improving in the process the standards of urban living.

In fact, smart cities and IoT have a symbiotic relationship in which smart cities are relying on the latter to put in place a smart ecosystem to cope with urban challenges even as the IoT market is thriving on this demand to register high growth.

A recent KPMG report says smart cities account for as much as 23% of the IoT-based projects across the world, with industrial digitisation (17%), connected buildings (12%) and connected cars (11%) being the other main segments to harness its potential. The IoT-market for smart cities was valued at around $79.3 billion in 2018. In an indication of what lies ahead, the report says internet connected devices would outnumber humans in the ratio of 4:1 by 2020.

Not surprisingly, the Smart City Mission has provided impetus to the draft IoT policy framework the union government hammered out in 2015, aiming to create an IoT industry worth $15 billion by 2020. “Our ministry’s vision is to make ‘wisdom’ the currency of this knowledge economy, and key to decision-making in smart city governance. This wisdom emerges from ‘churn’ of the colossal amounts of data we capture across cities,” Durga Shanker Mishra, secretary, ministry of housing and urban affairs, said recently.

“We move from a phase of putting together parts (data), connecting the parts (information), forming a whole (knowledge) and joining the wholes (wisdom),” Mishra outlined.

IoT is being used in SCM for a host of services ranging from water, gas and electricity supply to city surveillance to parking lots. For instance, IoT is helping manage traffic by analysis of real-time data from traffic sensors and cameras; sensor-enabled health screening machines are improving health diagnosis services; waste containers are being digitally monitored to optimise waste collection schedules and routes; and smart meters are going a long way towards checking pilferage of electricity.

The bottomline is that IoT helps track usage trends and gain insights into urban living, allowing governance bodies to come up with policies that address citizen needs with focus and efficiency.

Since the corpus of smart city funds is much larger than their traditional municipal budgets, it is the tier-II and tier-III cities that are turning out to be the biggest beneficiaries of SCM, making use of IoT to improve urban systems.

“Technology adoption in India is happening at a much faster pace than in developed nations,” Abburu claims, explaining that developing nations have greater reason to minimise expenses. “Automation can bring down electricity bills by 20%, this being over and above the 40% cut in expenditure ensured by ‘LED-fication’ of street lights,” he points out.