The selection of seismic retrofitting depends on the horizontal and vertical load resisting system of the structure and the type of materials used for parent construction. The understanding of the mode of failure, structural behaviour and weak and strong design aspects as derived from the earthquake damage surveys exercise considerable influence on the selection of retrofitting methods of buildings. Seismic retrofitting is achieved by the inclusion of structural improvements that may prevent the building and people from damage by seismic waves. A seismic retrofit may be executed on concrete masonry, unreinforced masonry, soft story, and concrete tilt-up construction

The seismic evaluation process consists of investigating if the structure meets the defined target structural performance levels. The main goal during earthquakes is to assure that building collapse doesn’t occur and the risk of death or injury to people is minimized and beyond that to satisfy post-earthquake performance level for a defined range of seismic hazards. Also, a seismic evaluation will determine which are the most vulnerable and weak components and deficiencies of a building during an expected earthquake. The seismic rehabilitation techniques improve seismic performance and correct the deficiencies by increasing strength, stiffness or deformation capacity and improving connections.

Shear walls possess adequate lateral stiffness to reduce interstorey distortions due to earthquake-induced motions. It is a structural member used to resist lateral forces. For slender walls where the flexural deformation is more, shear wall resists the loads due to cantilever action. In other words, shear walls are vertical elements of the horizontal force resisting system. In this type, concrete structures are generally designed in such a way that the lateral seismic load and gravity load is carried by consistent shear walls. These structures have no beams or columns, and the earthquake-resistant system relies solely on concrete shear walls. Shear wall system is one of the most common and effective lateral load resisting systems that is widely used in medium- to high-rise buildings. It can provide the adequate strength and stiffness needed for the building to resist wind and earthquake loadings, provided that a proper design is considered, that cares for both wall strength and ductility.

Use of Steel Braced Frames

They are widely used as lateral-load resisting systems in buildings. The standard bridge or roof truss is loaded vertically by gravity and spans horizontally, while the braced frame is loaded primarily horizontally by seismic inertia loads and acts as a vertical cantilever. The source of truss’ stability is based on its basic unit of triangle which is a structural unit that resists structural loads via development of axial forces in its members. Pure truss action results when the forces in the members are aligned with the centerlines of pinned joints. Concentrically braced frames (CBFs) join beams, columns, and braces at common work points.

Use of Moment-Resisting Steel Frames

Moment-resisting frame is a rectilinear assemblage of beams and columns, with the beams rigidly connected to the columns. Resistance to lateral forces is provided primarily by rigid frame action – that is, by the development of bending moment and shear force in the frame members and joints. By virtue of the rigid beam–column connections, a moment frame cannot displace laterally without bending the beams or columns depending on the geometry of the connection. The bending rigidity and strength of the frame members is therefore the primary source of lateral stiffness and strength for the entire frame.

The diaphragms allow the walls or frames to work as a group in resisting lateral forces. The vertical structural elements that resist lateral forces would be a disorganized crowd trying to function alone if they weren’t linked together. Due to out-of-plane resistance capacities are very small for walls, moment-resisting frames, and braced frames, it is only through the diaphragms that the vertical elements can transmit their stabilizing effect to other elements. Diaphragms are thus an essential part of the seismic force-resisting system.

Jacketing is a technique used to increase the strength of existing structural members (e.g. Columns, Beams etc.) by providing a “Jacket” of additional material around the existing member. Columns are designed to transfer loads from top to bottom. Now due to long age or non calculated excessive loadings or or change of functions, there might be different loading than designed for on the columns in order to support this extra loadings, the sizes of columns will have to be increased. This extra layer of reinforcement and concrete over and above the completed column is known as jacketing of column.It is generally used in case of buildings after earthquakes or very old buildings to increase its life.

Jacketing of beams is recommended for several purposes as it gives continuity to the columns and increases the strength and stiffness of the structure. While jacketing a beam its flexural resistance must be carefully computed to avoid the creation of a strong beam-weak column system. In the retrofitted structure, there is a strong possibility of change of mode of failure and redistribution of forces as a result of jacketing of columns, which may consequently cause beam hinging.

In recent years it has been found that among various retrofitting methods, seismic retrofit with FRP materials has gained notable acceptance. Retrofitting with FRP materials is now extensively being used as a seismic retrofitting method and it is a technically sound and cost effective repairing technology. FRP Composites FRP Systems are used to enhances structural capacity of members in shear, flexure, compression, to aid in blast mitigation, upgrades for seismic loads and to controls propagation of existing cracks.Application of FRP Systems is mainly for Fiber wrapping, Near surface Reinforcement and Pultruded FRP plate bonding.

Seismic base isolation, also known as base isolation  is one of the most popular means of protecting a structure against earthquake forces. It is a collection of structural elements which should substantially decouple a superstructure from its substructure that is in turn resting on the shaking ground, thus protecting a building or non-building structure’s integrity. Base isolation is one of the most powerful tools of earthquake engineering pertaining to the passive structural vibration control technologies. The isolation can be obtained by the use of various techniques like rubber bearings, friction bearings, ball bearings, spring systems and other means. It is meant to enable a building or non-building structure to survive a potentially devastating seismic impact through a proper initial design or subsequent modifications. In some cases, application of base isolation can raise both a structure’s seismic performance and its seismic sustainability considerably. 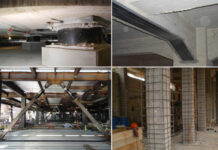 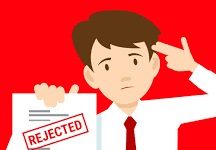 The expectations from union budget 2022

Allottees can now get ‘no dues’ certificates online-GNIDA