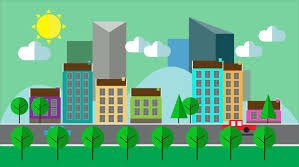 The registry of flats constructed in Rajasthan Housing Board (RHB) buildings (more than four storeys) has now become cheaper for buyers.

The stamp duty levied on the registry of flats constructed in multi-storeyed buildings, having a value of less than Rs 50 lakh, has been reduced from 6% to 4%.

An official said, after the exemption is provided by the state government, registry of surplus houses and flats currently being sold by the board through e-bid submission will become more affordable to the buyers.

Sources said, the reduction in registry rates will balance the act of increasing the reserve price. The RHB had recently increased the reserve price of its plots across the state after a gap of three years.

After the act, consumers had to shell out more money to purchase houses and flats in the RHB colonies and getting its registry. An official said, “The last reserve price was increased in 2019. After the real estate industry was hit by pandemic, the reserve price of land was not increased. Last year, proposals were sought from all the engineers to increase the reserve price, but later after analysing the market situation, the decision was kept on hold.”

Treated water for non-drinking use in buildings soon