The Apartment Ownership Act has finally reached the implementation stage. After receiving and redressing objections and suggestions, the Urban Development Housing (UDH) department will issue the go-ahead notification in the next 15 days.

As only one objection was received against the Act, the department held a workshop for builders and residents’ welfare association where suggestions were sought.

Now, after incorporating their suggestions, the notification is being readied.

A senior official at UDH said, “After rules were framed, we sought objections and suggestions. As only one objection was received, a workshop was held. After detailed discussions, notification of the rules will be issued.”

Once implemented, it will give land rights to flat owners over the land on which an apartment is constructed.

The Act is need of the hour as it is mandatory for the developer to issue sub-lease to purchasers claiming their right on the land on which the apartment is constructed. 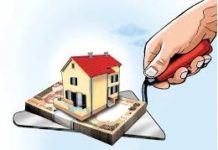 Homebuyers to get compensation for delays in possession of apartment-NCRDC Increase of property registration fee by 0.5 to 1%-Goa government

Supertech says will deliver over 8,000 flats by this December 2021