In order to achieve its target to electrify 6,000 route km in 2018-19, the Indian Railways will have to clock an average rate of 220 route km per day in the remaining 10 days of March, compared with the around 11 route km per day it has been able to do till now in the current financial year.

The transporter is woefully short of its target and has been able to electrify around 3,800 route km so far this year. The required rate may even go up further, given the long weekend due to the festival of Holi, according to a source.

Electrification of tracks is expected to reduce diesel consumption by about 2.8 billion litres, resulting in the railways reducing its energy bill by about Rs 13,000 crore per annum by FY22. The railways currently requires 16 billion units of electricity every year, equivalent to supplies from 12 GW of generation capacity. It spends around Rs 10,000 crore on electricity every year with the average per unit cost being around Rs 6/unit.

Experts, though, believe that this is the initial year and despite missing the target this year, pace will pick up going forward. “Even though the target may be missed this year, it should be easier to scale it up in the coming years given that the railway machinery is geared up for 100% electrification,” said Abhaya K Agarwal, partner-transaction advisory services, infrastructure and PPP at EY.

In line with its vision for all-electric tracks, the railways has already stopped production of diesel locomotives and is also converting the old diesel locomotives into electric ones. The Comptroller and Auditor General of India, however, has questioned the transporter’s plan, on the one hand, to go 100% electric and on the other, setting up of a diesel locomotive plant in Bihar by GE which has been promised an assured take-off of 1,000 units. The railways is to pay GE Rs 14,656 crore for assured off-take apart from Rs 2,228-crore as maintenance fee. 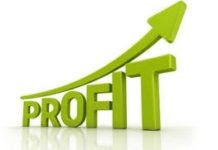