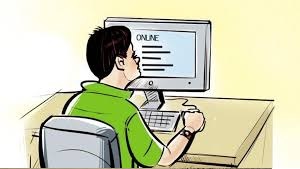 The civic body is satisfied with its current online building permission system and will not shift to the one introduced by the state government with effect from Friday.

Maharashtra urban department principal secretary Bhushan Gagrani had on Wednesday told that building permissions in all corporation and council areas of the state would be provided only through online mode — Building Plan Management System — from July 1.

Some municipal corporations, like the one in Kolhapur, have started implementing the Building Plan Management System. A Pune Municipal Corporation (PMC) official said the civic body’s existing online system, called Auto-DCR, for building permission was “foolproof” and its officials were well versed with that. “Any changes in the system are not immediately required,” the official said.

PMC city engineer Prashant Waghmare said the civic body was using its online business permission system for a long time. He said, “The PMC was the first to introduce the online system. Updates and improvements in Auto-DCR are regularly made. The PMC will continue to use the existing system as it serves the same purpose as that of the Building Plan Management System.”

The Pimpri Chinchwad Municipal Corporation (PCMC) would also prefer to use its existing system. PCMC city engineer Makrand Nikam told TOI, “We have been using the Building Plan Approval Management System (BPAMS) since 2012 and are not thinking of a change in the arrangement.”

Launch Of A Residential Project Up 26% In The State: RERA