DUBAI: Planning commission of real estate was set up on Monday in Dubai to regulate projects and avoid competition between semi-government and private firms, and was announced by the ruler Sheikh Mohammed bin Rashid al-Maktoum of Dubai on his website and Twitter account.

Dubai has traditionally encouraged open, competitive business but heavy oversupply in the property market, an important sector of the economy, has seen residential prices slide by at least a quarter since mid-2014.

Sheikh Mohammed has put his son and Deputy Ruler Sheikh Maktoum bin Mohammed in charge of the new body, which will also take steps to stop similar sorts of projects being developed.

The property sector accounted for 7.2% of the emirates’ gross domestic product in 2018.

A number of state-owned developers, such as Nakheel, and semi-government owned developers like Emaar will also be part of the new body, known as the Higher Committee for Real Estate Planning.

Dubai Land Department’s (DLD) Director General Sultan Butti bin Mejren said in a statement that controlling supply and demand will be the key to real estate sustainability for the coming years.

The DLD, which is already involved in regulating the sector, would work with the new body, he said. 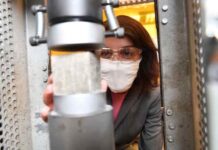 Riding on new building rules, over 40 residential projects in Trichy...