Haryana CM Manohar Lal Khattar on Sunday said that, a remarkable and historic step has been taken for the betterment of the people by digitizing the revenue records of the state.

At the state-level and in all districts, 18.5 crore records have been scanned and digitized, which will be easily available at the click of a mouse.

This will prove to be an important initiative for the government to eliminate corruption and bring more transparency in the system.

After inaugurating the modern revenue record rooms in all 22 districts of the state through a virtual meeting at the camp office here, the Chief Minister was in direct dialogue with Cabinet ministers, public representatives and officials present in all districts.

He said earlier it was a difficult task to maintain, preserve and find the old revenue records that were tied up in bundles. It also took a long time to find the records and there was a possibility of records getting damaged, torn, go missing or get tampered with.

The first modern revenue record room in the state was set up in Kaithal district as a pilot project on June 24, 2017, and after that on December 25, 2019, on the occasion of Good Governance Day, the Modern Revenue Record Room project was started for all districts.

These record rooms have been prepared in all districts ahead of time. He said the 75th Amrit Mahotsav is being celebrated all over the country and Haryana has further expanded e-governance services by digitizing the important revenue records.

In future, important records related to other departments will also be digitized in the same manner. Further through the digitization of this record, the implementation of many schemes will also be accelerated and everything will become convenient for the public through this system.

The Chief Minister said the Prime Minister has appreciated the schemes and works done in the interest of the public by the state in many forums and later those schemes and programmes have been started at the central level and in other states as well.

Deputy Chief Minister Dushyant Chautala, who also holds the portfolio of Revenue and Disaster Management Departments, said the revenue records are of great importance and it was a challenge to preserve them properly in the old stereotypical way.

The Revenue Department has scanned the records in a short span on the call of the Chief Minister and then uploaded it on the portal of NIC. With the records being digitized in this way, it will be much easier to access and obtain it. 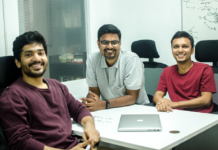 Ahmednagar developer & others booked for duping Rs 1.60 crore over...