A new road will be constructed from Giddaluru in Prakasam district under Greater Rayalaseema to Vinukonda in Guntur district.The government of Andhra Pradesh is preparing to build new road connecting Rayalaseema with Vijayawada.

The Central National Highways Development Authority (NHAI) has responded positively to the state government’s proposals for better connectivity to Vijayawada, mainly from backward areas in Rayalaseema.

The Union Ministry of Transport and National Highways has already approved the construction of an expressway from Vijayawada to Bangalore and a four-lane road from Anantapur to Vijayawada at the request of the state government. The Rayalaseema region is fully connected with them. However, the Nallamala area in Rayalaseema did not have a proper road with Vijayawada. The state government has proposed to build the Giddaluru-Vinukonda road to further connect the backward areas of the state with the Vijayawada region. There is already connectivity with the main road from Vinukonda to Vijayawada. Meanwhile, the government felt that it would be sufficient to build a road from Giddaluru to Vinukonda. The NHAI responded positively and approved the project.

The Rs 925.60 crore National Highway project will be named NH-544D from Giddaluru in Prakasam district to Vinukonda in Guntur district. It was decided to build a two-lane road along the 112.80 km length. The NHAI has approved a plan of Rs 925.60 crore for this. Chief Minister YS Jaganmohan Reddy and Union Minister Nitin Gadkari will soon lay the foundation stone for the road. NHAI expects to complete the road by January 2023. 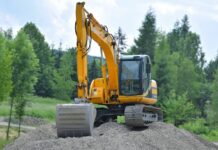