Mumbai Metro lines 2A and 7, are expected to become partially operational before February and the entire corridor is expected to be open by July 2022.

Metro 7 line will run from Dahisar to Western Express Highway, Andheri, and 2A from Dahisar to D N Nagar. A senior Mumbai Metropolitan Region Development Authority (MMRDA) official said, “Nearly 95% of the work on Phase I is completed and we are confident of opening the lines in two to three months.”

The first phase spanning 20km is between Dahanukarwadi to Aarey (18 stations). Both these Metro lines are expected to reduce vehicular traffic by 25%.

MMRDA sources said the cumulative penalty amounting to more than Rs 2 crore will be recovered if they fail to complete the work within the set deadline.

The official said, “The showcauses notices have acted as a deterrent and contractors are now able to meet the timetable as they have managed to mobilise manpower and machinery to complete the balance station works. We have not imposed any penalty yet but the show cause notices too have not been withdrawn.”

MMRDA had hoped to open these lines by October 2019. Later, this deadline was revised to December 2020. The pandemic in early 2020 led to a lockdown and fleeing of labourers to their native place due to which work had come to a standstill.

The commercial operations were later targeted to commence from October 2021 between Kamraj Nagar and Aarey via Dahisar on both the lines. The commissioning deadline for the entire stretch of lines 2A and 7 was earlier set on January 1, 2022.

MMRDA plans to run services with11rakes at a frequency of 15 to 20 minutes initially. As and when rakes get added, the frequency will come down to 5 minutes per train.

Both these Metro lines were sanctioned by the Devendra Fadnavis-led government on October 6, 2015. The Bhoomipujan was performed by Prime Minister Narendra Modi on October11, 2015. 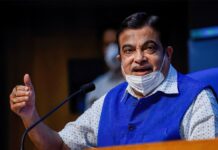 Homebuyers to get compensation for delays in possession of apartment-NCRDC

Thailand To Construct Passageway On Strait Of Malacca