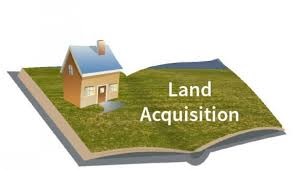 The deal assumes significance given that this is amongst the highest considerations, based on per acre pricing, paid by any developer for a land parcel in Pune.

Macrotech Developers has acquired the land parcel along with a co-investor company Home Crest Constructions. The deal, for which Lodha has paid stamp duty worth Rs 5.60 crore, was concluded and registered on July 11, showed the documents accessed by ET.

Poonawalla Constructions, which had been holding this land parcel for a long time, counts Serum Institute’s Cyrus Poonawalla’s brother Zavareh Poonawalla as a partner.

Last year, a European fund along with its Indian developer partner bought a 1.75 acre land parcel in the same locality for Rs 105 crore, valuing the land in the vicinity at Rs 60 crore per acre. The latest deal is valued at about Rs 73 crore an acre.

Lodha is planning to develop a high-end residential project with a small component of retail space on the said land parcel, which has total development potential of 2.5 lakh to 3 lakh sq ft. With this project, Lodha is expanding its presence in Pune, one of the key focus markets for the company.

Last year, the developer had entered into an agreement with a Pune-based developer to jointly develop a 1.5 million-sq-ft residential project on a 12-acre land parcel on NIBM Road in southern Pune.

This was Lodha Group’s second project in Pune and its return to this property market nearly a decade after its luxury development Lodha Belmondo in Gahunje locality.

“Our business is growing in Pune. We are developing the land along with a co-investor in line with our capital light model,” said a spokesperson of Macrotech Developers.

ET’s email query to Poonawalla Constructions remained unanswered until the time of going to press. Transaction advisor CBRE South Asia declined to comment for the story.

Abhishek Lodha, MD & CEO of Macrotech Developers, in a recent interaction had told ET, the company expects to enter into alliances to undertake joint development projects with a combined gross development value of Rs 15,000 crore in the current financial year.

“On the back of strong attractiveness of our brand to land owners and therefore a robust pipeline of JDAs, we expect to add new projects with a combined GDV of around Rs 15,000 crore in FY23,” Lodha had said.

Of this, the company has already entered into three such partnerships in the June quarter to jointly develop projects spread over 5.1 million sq ft area with a gross development value of nearly Rs 6,200 crore.

The ongoing consolidation in the real estate sector has accelerated due to the outbreak of Covid19 pandemic. Large established and listed realty developers have gained more market share in terms of sales and liquidity as homebuyers are relying more on developers’ execution track record and sound financial position to take the project to conclusion.