Indian Railways’ big ‘Make in India’ feat! A new hi-technology EMU (electric multiple unit) train will soon begin operations between Ghaziabad-New Delhi-Palwal in the national capital region (NCR). According to a Dainik Jagran report, the EMU train has passenger-friendly facilities and has been manufactured at the Integral Coach Factory (ICF) in Chennai, Tamil Nadu. This train will prove to be a big boon for the regular commuters who travel from Ghaziabad to Palwal through New Delhi. After the successful trial runs of the train, two sets will be manufactured and sent to Northern Railway zone. Soon it will be put on tracks for passenger services, the report said.

Along with facilities for the passengers, the train will also have provisions for the driver. According to the report, the maximum running speed of the present EMU trains is 95 kilometres per hour while the new hi-tech EMU train will run at 110 kilometres per hour. There will also be a digital control panel in the driver’s cabin. With this, any disturbance in the train operations will be identified immediately and timely action will be taken. The seats in the coaches will be made of stainless steel. Two coaches will be reserved only for women passengers in the train. CCTV cameras and GPS will also be installed in the train for the safety of women and children. The information of the train’s journey and location will be displayed on the screens installed in every coach of the train for the passengers. According to railway officials, two sets of the EMU train will be for the Northern Railway zone.

Financial Express Online had reported last year about the new high-tech EMU by ICF, which has been manufactured on the same lines as Train 18 or Vande Bharat Express. The engine-less self-propelled EMU has state-of-the-art Train 18 bogies which allow for faster acceleration and deceleration.

Meanwhile, Piyush Goyal chaired-Railway Ministry manufactured a total of 6037 coaches this financial year against the production of 4,470 coaches, which was the previous record last year. The growth in production of coaches this year is 35 per cent more than the last financial year. Recently, the ICF also secured a position among the largest railcar builders in the world. It also surpassed China’s top manufacturers who roll out around 2,600 coaches per year. 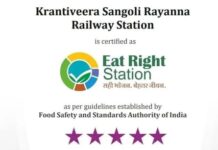 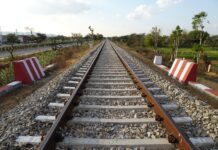 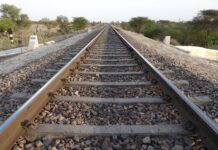