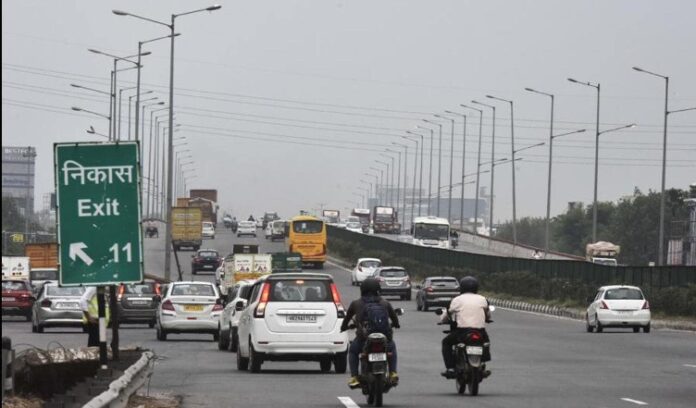 The Jaipur-Delhi carriageway of the Hero Honda Chowk (HHC) flyover on the Delhi-Gurgaon Expressway will be closed to traffic from Wednesday till September 26, an advisory shared by Gurugram traffic police on Tuesday said.

Closing the carriageway will add around five to 10 minutes to the travelling time for commuters, officials said.

According to traffic police, the 1.4km-long carriageway is being closed due to a span load test work which will be executed along the stretch by the National Highways Authority of India (NHAI). During the six-day period, commuters coming from Jaipur toward Delhi will have to use the service lanes of National Highway (NH) 48, instead of the flyover.

“One carriageway of the HHC flyover is being closed for six days due to a load span test to be conducted by NHAI officials. Traffic police marshalls will be present on spot to assist and guide commuters. People can also contact the Gurugram Traffic police control room for any kind of assistance related to the diversion at 0124-2386000, 2386005,” Virender Singh Sangwan, deputy commissioner of police (traffic), Gurugram, said. Sangwan said that commuters driving on the opposite carriageway, i.e. those coming from Umang Bharadwaj Chowk or Sohna Road will not be affected in any manner.

On April 23, 2018, the Jaipur-Delhi carriageway suffered damage after a huge chunk of concrete fell from the bridge, leaving a 15cm-deep and 250 sq cm-wide hole.The same carriageway was further damaged on May 8 in 2019 after chunks of concrete fell from the bridge, forming a hole on the road. NHAI formed a committee which recommended remedial measures in 2020 following which the same were implemented.

“The load span test will be conducted to check the status of repairs carried out on the carriageway,” Nirman Jambulkar, project director, NHAI, said