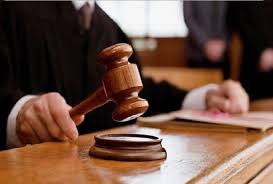 NCDRC, on Monday ordered a Bengaluru-based builder to hand over possession of inordinately delayed flats to 18 customers within one year and with 9% interest on the deposit for the delayed period. It also ordered that if the customers don’t want to wait and if the builder feels it can’t meet the target, then the company must refund the full payment with 9% annual interest from the date the buyers paid each instalment.

The home buyers had filed the “class-action” complaint against the Bengaluru-based Dreamz Infra India with the National Consumer Disputes Redressal Commission (NCDRC) in 2019 seeking identical relief for all of them. They had cited that they were waiting for their flats which the builder had promised to hand over in April 2014. They had also submitted that the builder had collected over 90% of the cost from all the buyers by 2016.

Pronouncing the order, a bench comprising commission president Justice R K Agrawal and Dr S M Kantikar said, “The developer is directed to complete the construction of the project within a period of one year from today and obtain the occupancy certificate and thereafter the possession of the respective flats to be delivered to the complainants. The developer is liable to pay delay compensation of 9% per annum from the promised date of delivery till the actual date of giving possession.” The bench also imposed Rs 50,000 as cost payable to each complainant.

The bench also said in case the complainants are not interested to wait for one more year or the builder is not able to complete the project, the developer “shall refund the entire amount with simple interest of 9% per annum from the respective date of the deposit till actual payment within six weeks.” If it fails to do so, the builder will have to pay 12% interest for the said period.

The commission recorded that despite service of notice, neither anyone put an appearance on behalf of the developer nor any written version was filed by them.

The developer had launched the project name “Dreamz Sneh” with 190 flats. The project was advertised in March 2012 and the builder had signed the MoUs with buyers. It had promised to deliver the flats in 18 months and there was also a provision for a six months extension. The agreement said the developer would pay the rent to flat buyers at prevailing market rate, in case of delay, till the actual date of handing over the flats.

The project was not completed within the promised time. The flat buyers alleged that the builder unilaterally revised the date for handing over of the flats. The company in September 2016 informed a flat buyer that they were running short of funds.

But the complainants argued that the company had been raising the demands for instalments regularly and hence there was no shortage of funds. They had alleged the developer was not keen to complete the project even after collecting huge money from the flat buyers.