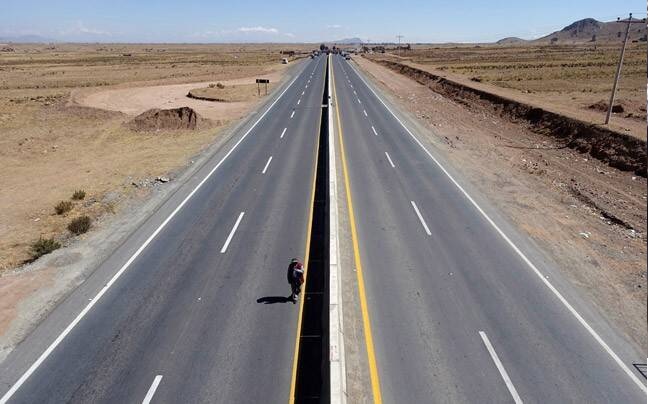 Mysuru and Kodagu MP Pratap Simha visited the flyover and posted a video for the public to gauge its progress.

Residents of Karnataka are eagerly anticipating the completion of the mega 10-lane highway connecting Bengaluru and Mysuru, which is expected to cut travel time between the two cities from 3 hours to just under 90 minutes.

The project, which was announced in 2019, was expected to be completed by October 2022. However, according to Mysuru and Kodagu MP Pratap Simha, the first 56 km of the 117-km-long highway (from Bengaluru to Nidaghatta) may be completed as early as July.

The MP said on Tuesday, May 3, that a majority of the works are already completed. He had visited the site and posted a video on his social media handles for the public to see the progress of the construction. “I have been saying that the new 10-lane highway between Bengaluru and Mysuru will be completed within Dasara 2022 but you are not believing me,” the MP said, sharing visuals of the ‘progress report’ of the project.

In the video, Pratap Simha along with a few engineers visited the 4.5-km Kumbalagodu flyover near Rajarajeshwari Medical College, saying that the entire stretch up until the toll point has been completed. He also said that each toll plaza along the route will have 11 entry points to avoid traffic congestion, and that the toll for vehicles coming to and going from Bengaluru will be at different locations. As the new highway passes over a railway track near the Bidadi bypass, a special 650-tonne girdle has been installed so that traffic can move smoothly and uninterrupted over the tracks, the video shows.

While the new mega highway is expected to facilitate smooth travel, with construction currently underway at many points, commuters face many traffic snarls due to diversions, rough roads and other factors. In his video, MP Pratap Simha allayed the fears of the public about its completion. “The Bengaluru to Nidaghatta stretch (56 km) will be launched in July, but when you see the construction work, you may not feel this will be possible. You may doubt this as about 34 km of works are not visible to the public. But without doubt, we can say that the first stretch will be complete by July. And the following stretch – Nidaghatta to Mysuru – will be completed by Dasara and launched by PM Modi,” he said.

All highway projects under Bharatmala phase 1 to be awarded by...