A bridge abutment is a vertical structure that connects the deck of a bridge to the ground. It is constructed at the end of a bridge span. It transmits weight from the bridge superstructure to the ground. It also connects the bridge to the roadway and retains the roadway base materials from the bridge spans. Bridge abutments are built with brick masonry, stone masonry, precast concrete blocks, and RCC. They come in different shapes and sizes. The type of abutments selected is determined by available space, geologic factors of the bridge site, and project budget.

Functions of the Bridge Abutment

Components of the Bridge Abutment

A full-height abutment is constructed at the lower level of the roadway and is used in congested urban and metropolitan areas where structure depth is critical.

The Gravity abutment comprises of the bridge seat, back wall, footing, and wing walls that resist soil and water pressure. It is constructed on the ground, and gravitational pull is its key element for its durability.

A U-shaped Abutment comprises a set of piles constructed with cement. This bridge Abutment type is placed at a 90-degree angle to the bridge’s seat.

Cantilever wall abutment retains soil behind the bridge’s ends and the other supports the bridge superstructure.

A stub abutment is placed at the top of fill embankments. It is used to retain soil.

A semi-stub abutment is constructed between the top and bottom of an embankment. It is also used for retaining soil.

The integral abutment is placed on a single row of flexible piles and constructed without joints. It allows for expansion and contraction through movement at the abutments.

The counterfort abutment joins the wall to the footing. These counterfort walls are built at regular intervals to reduce the shear force and bending force imposed on the wall.

A spill-through or open abutment is used to decrease the amount of soil pressure on the abutment.

Discussed above are different types of pile abutments and their use in bridges. The required number of abutments is determined by the length of the bridge. Usually, for small bridges two abutments are installed but according to the bridge’s length, the additional abutments can also be installed. 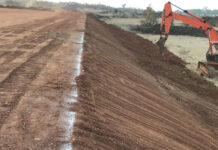 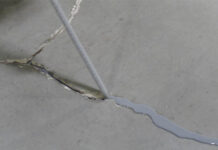 Implication of Financial Constraints on UBMS