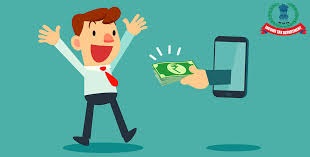 On the same day that the Supreme Court re-imposed a ban on construction activities due to worsening air quality , Delhi Chief Minister Arvind Kejriwal announced that his government would deposit an amount of Rs 5,000 in the bank accounts of workers affected by the ban.

According to IQ Air, the Air Quality Index (AQI) of Delhi has dipped again and is extremely polluted when compared with other major cities around the world. A special bench of the Apex Court, headed by Chief Justice of India NV Ramana, took note of the deteriorating air quality, re-imposed the construction work ban, and ordered the government to compensate workers from the funds collected as labour cess for the period during which such activities are prohibited.

The ban on the entry of trucks, barring those engaged in essential services, will continue till 3 December. However, CNG and electric trucks will be allowed to enter Delhi from November 27. Use of public transport has been encouraged to improve the situation.

Now, tenant verification can be done online in Panchkula