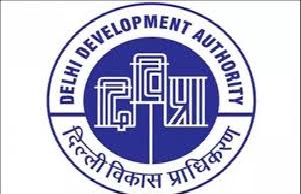 The Delhi Development Authority (DDA) is expected to notify the new Master Plan by April 2023 as per the authority’s submission in the Supreme Court in a recent hearing.

The step will stop illegal construction in the capital and also help in legalising farmhouses,

The letter to be sent to the Ministry of Housing and Urban Development for final approval and notification of MPD-2041 will be completed by January 15, 2023, and the final Master Plan will be published on or before April 30, 2023.

The delay in the approval of the Green Development Area (GDA) Policy by the Delhi Development Authority (DDA) has led to the mushrooming of illegal farmhouses across Delhi’s villages even as industry bodies and real estate experts have called for faster notification of the policy.

“We have been looking for clarity on the dates of the master plan since Delhi is filled with illegal construction. Despite the direction of LG, farmhouses are coming up in villages. Hopefully, the master plan will be in favour of villagers and they will get the right price for land,” said Pardeep Dagar, secretary of the Delhi Dehat Vikas Munch, a body of villagers from Delhi.

Urban villages on the edge of Delhi are turning into slums with illegal buildings and no roads or services, according to experts.

Farmer groups have also been pushing for the GDA policy to be made public so that these urban villages can be built up with farms, schools, hospitals, big parks, and sports facilities. This will give the people of Delhi a much-needed green belt.

The policy aims to regulate development in designated rural areas and green belts in the city. The draft policy seeks to incorporate the low-density residential areas (LDRA) of the capital, where most of the farmhouses are located.

Currently, no new residential or commercial construction is allowed in villages located on the fringes of the national capital.

In April last year, the DDA approved the Master Plan 2041 for the capital.

It was later placed in the public domain to invite objections and suggestions from the public.

The first Master Plan for Delhi was promulgated in 1962 under the Delhi Development Act 1957, followed by the Master Plans of 2001 and 2021, each of which is an extensive modification of the respective previous plan document.