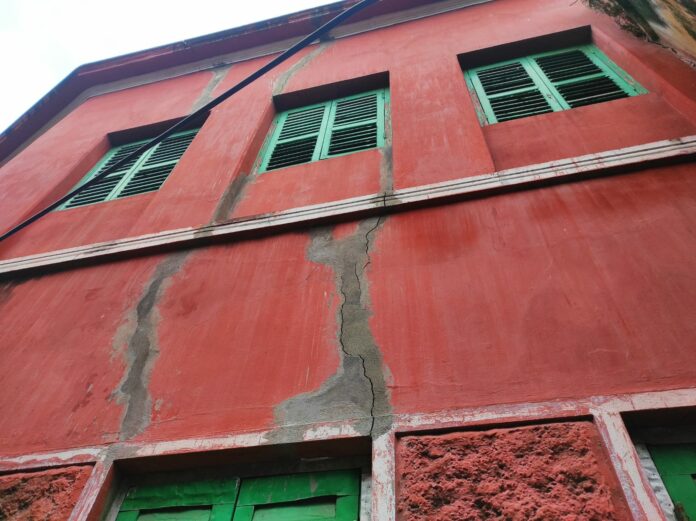 At least five houses in central Kolkata’s Bowbazar were evacuated after major cracks appeared on the structures, likely to have been caused by metro railway construction in the area, police said. A large team of Kolkata Police’s disaster management team accompanied by senior police officers and metro rail officials visited the spot at Durga Pithuri Lane, they said.

Several houses in the same area had collapsed in August 2019 when an aquifer broke during tunnel boring for the East-West Metro corridor, and water and silt gushed in, leading to severe ground subsidence. “We are evacuating the buildings. We are yet to find out how many houses have developed such cracks. As of now, there are five buildings on which cracks have appeared. Our team of experts has reached the spot,” a police officer said.

The 16.6-km-long East-West corridor, connecting the twin cities of Kolkata and Howrah, is under construction in the congested area, marked by several old and dilapidated structures.

A senior Kolkata Metro Railway Corporation Ltd (KMRCL) official said, “Our engineers have reached the spot. They are looking into it. Our first priority is evacuation and then we will look into the cause of the incident.” The incident brought back memories of 2019 for the locals who had to rush out of their homes amid day-long rains in the city. BMC attachment notice to Mumbai Metro One for not paying property...