Cement prices-high in South. Cement prices in South were up by Rs5/bag mom in March 2019-prices in South have increased by Rs45/bag since January 2019, per our channel checks. Prices declined marginally by Rs1-11/bag in North, Central and West-thus, all-India prices were flat at Rs334/bag. We note that after recent increase, prices in South are at Rs30-50/bag premium to other regions despite lowest plant utilizations among all regions. Higher prices will aid near-term earnings for companies with large South and West presence-ACC, Ultratech (among pan-India) and Dalmia Bharat, India Cement and Orient Cement (regional names) will gain more. We maintain our cautious stance on the sector on expensive valuations.

We note that post the sharp increase in past two months, prices in South markets are now Rs30/bag higher than 3QFY19 average, followed by Rs9/bag increase in West region. Prices are steady with change of Rs(1)-5/bag in North, Central and East markets. Based on current price trend, we estimate 4QFY19 realizations for cement companies to increase by 2-3% qoq—price increases will be higher for companies with large exposure in South region (+4-5% qoq) (Exhibits 1 and 2). We note that after recent increase, South prices are at premium of Rs30-50/bag to other regions-but South markets still have the lowest plant utilizations across all regions.

4QFY19 spreads improve on high prices; especially for those with large South presence

Exhibit 3 highlights monthly spread movement between cement prices and energy costs (assuming 70% pet-coke usage). Spreads are up by 5% for pan-India names in March 2019 led by 2-3% qoq cement price increase and lower pet-coke costs. We expect spread increase to be higher for companies with large presence in South and West regions-among companies under our coverage, this should benefit more the near-term earnings of ACC, Ultratech (among pan-India) and Dalmia Bharat, India Cement and Orient Cement (large presence in South, West).

As per DIPP data, industry volumes increased by 11% yoy to 30 mn tons in January 2019-we note that strong volume growth was despite a high base (20% volume growth in January 2018) though 3-year CAGR works out to 5% (this accounts pre-demonetization year as base year, i.e. January 2016). For April 2018-January 2019, cement production volumes increased by 14% yoy to 276 mn tons. Management narratives indicate strong demand from the infrastructure sector even though demand from the trade segment is relatively subdued.

Maintain cautious stance on the sector on expensive valuations

We maintain cautious stance on the cement sector on expensive valuations and on expectation of moderate improvement in earnings over the next 2 years. We believe large capacity addition will keep industry utilizations low (<72%) over the next 2 years and will cap the overall improvement in profitability. Valuations of large cap cement names are expensive at 12-16X FY2020E EV/EBITDA.

“Each of the analysts named below hereby certifies that, with respect to each subject company and its securities for which the analyst is responsible in this report, (1) all of the views expressed in this report accurately reflect his or her personal views about the subject companies and securities, and (2) no part of his or her compensation was, is, or will be, directly or indirectly, related to the specific recommendations or views expressed in this report: Abhishek Poddar, Murtuza Arsiwalla, Prayatn Mahajan.”

NR = Not Rated. The investment rating and fair value, if any, have been suspended temporarily. Such suspension is in compliance with applicable regulation(s) and/or Kotak Securities policies in circumstances when Kotak Securities or its affiliates is acting in an advisory capacity in a merger or strategic transaction involving this company and in certain other circumstances.

NC = Not Covered. Kotak Securities does not cover this company.

NA = Not Available or Not Applicable. The information is not available for display or is not applicable.

NM = Not Meaningful. The information is not meaningful and is therefore excluded. 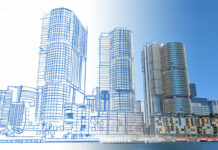