Concrete has the potential to be one of the longest-lasting materials in history – the Egyptian pyramids in Ancient Egypt were even constructed from a primitive form of concrete, and they’re still standing strong. Why shouldn’t your home, or any other concrete structure you own, exhibit the same longevity? The number one arch enemy of concrete is water. Not only can water create harmful health risks with the growth of mold and mildew and create numerous problems for homeowner’s foundations but it can also be a carrier for salts and chlorides that can damage reinforcing steel in the concrete leading to spalling and cracking.

Conventional waterproofing is either a liquid applied waterproofing coating or a preformed elastomeric membrane where they can temporarily help to reduce water and within a period those coatings or membranes are delaminated. Since they are unable to penetrate but instead coat the surface it is more like putting a band-aid on the problem instead of sealing from within.

Fairmate has brought one revolutionary product WATERGUARD MAGIC which is a biochemically modified chemical solution that provides long-term waterproofing and durability benefits to concrete. It penetrates into concrete and reacts with free calcium and water to form a calcium silicate gel complex in cracks, pores and capillaries. This gel creates a sub-surface barrier against the ingress of water and contaminants such as chloride ions. WATERGUARD MAGIC will seal existing leaking cracks to 2.00mm. In the matrix the product remains reactive when in contact with water to provide autogenous healing properties to future hairline cracks.

Advantages of WATERGUARD MAGIC are as follows

WATERGUARD MAGIC can be used to the following areas;

WATERGUARD MAGIC has the following limitations

Normal: 1 liter to 5 square meters on average. Can vary depending on substrate sorptivity.

For cracked areas: an additional 1 liter per 3 lineal meters is recommended. WATERGUARD MAGIC is available in 2ltr, 5ltr, 20ltr and 200ltr drums. 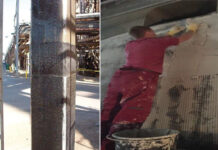 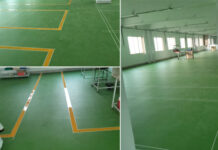