The Union government, proposed the launching of 105 projects at an estimated 822.64 crore in puducherry, said minister of state for housing and urban affairs Kaushal Kishore.

In a written reply to a query from Puducherry MP V Vaithilingam in the Lok Sabha, Kishore said three projects at 13.6 crore have been completed. The ministry has issued work orders for 42 projects costing 163.89 crore while tenders have been issued for nine projects which cost 40.47 crore. Detailed project reports have been prepared for 51 projects at a cost of 604.68 crore.

The Union government launched the City Investments to Innovate, Integrate and Sustain (CITIIS) programme in July 2018 with the technical and financial assistance of ₹100 million from the French Development Agency (Agence Francaise de Developpement, AFD), European Union and National institute of urban affairs. The programme aims at launching urban infrastructure projects that are “integrated, innovation-driven and sustainable”.

“Puducherry is one of the 12 smart cities which have been selected through a challenging process for funding and technical assistance under the CITIIS programme. Under this programme, Puducherry is implementing a project named ‘Our neighbourhood is your neighbourhood too’ at a cost of 99.71 crore,” said Kishore.

The Centre launched the smart cities mission on June 25, 2015, for developing 100 cities in the country into smart cities.

Unique land parcel number to make all documents available in one... 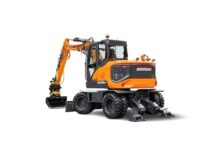 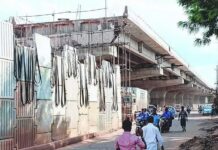