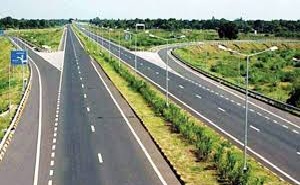 Centre has set fresh targets to complete 465 major road projects underway across the country by financial year 2023-24, after a recent review of 733 planned projects revealed substantial delays in their execution-triggered by land acquisition issues and the Covid-19 pandemic- officials familiar with the matter.

The review on the status of infrastructure projects under the Ministry of Road Transport & Highways (MoRTH) was conducted two months ago by Niti Aayog CEO Amitabh Kant and was attended by senior government officials.

The projects awarded earlier than January 2020 were reviewed.

As per official data available till February 2022, as many as 733 major road projects costing above Rs 150 crore were awarded before financial year 2019-20.

As per the data, of these 733 projects, 231 have already been completed, while 35 have been cancelled for various reasons.

The completion of two remaining road projects will take beyond 2023-24.

The projects-spread across multiple states-include upgrading and augmenting existing highway stretches, as well as new constructions of bypasses.

Senior government officials told News18 that MoRTH has also identified 51 problem projects, of which nine have been completed and nine have been cancelled and the projects re-awarded. They said the government aims to complete five by 2021-22 and 28 by 2022-23.

In the meeting, Kant is learnt to have emphasised that all central projects that were announced before 2020 and have achieved substantial progress should meet the completion deadline by the end of the current financial year, while the rest should be completed by 2023-24.

He also sought a review of projects that have not yet made substantial progress for their relevance and a decision on whether they should be continued.

A senior government official told News18 that as per MoRTH, hold-ups in land acquisition have affected 219 projects of the 733.

“This is more pronounced in the Northeast since communities hold ownership of land parcels. Moreover, high rates for acquiring land in Manipur and Nagaland lead to exorbitant project costs,” the official said.

The official added that greenfield highway projects have been impacted the most, with mobilisation delays and Covid-19 adding to the stretched timelines.

“Issues with forest clearances and utility shifting also add to the delays in the project execution,” the official said.

Not awarding new projects unless 90% of the land required for it is available and reducing the scope of projects which are facing land acquisition challenges, setting up the Infracon portal used for hiring services of consultancy firms and domain experts for the preparatory phase of a project, are among the steps taken by MoRTH to curb lags in the execution of the road projects.

As per a second government official, there has also been an agreement between MoRTH and the Railways to temporarily halt railway operations during the road construction period.

The official said that MoRTH had proposed that the financial support offered by the central government to state governments could be linked to how much the latter cooperate in the project execution by providing the requisite support and clearances with land acquisition, forest clearances, and shifting of utilities.

Kant was learnt to have suggested that a detailed project development exercise is needed to avoid hold-ups in the execution of a project since delays can be often attributed to a lack of adequate planning and management.

He further said that projects that are part of the national infrastructure pipeline should be taken forward from the concept stage to the project development stage.