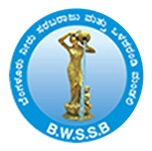 On the 21st and 22nd of July 2019, there will be a disruption in the water supply as the Bangalore Water Supply and Sewerage Board (BWSSB) will be refurbishing.

Cauvery water supply will be disrupted as the water pumping stations at TK Halli, Harohalli and Tatagani will not be functional. An official release from the BWSSB further stated that the pumping stations at Torekadanahalli, Horahalli, and Tataguni, where the Cauvery water is treated before it is distributed into the city will not be functional between 8 am and 2 am.

The statement released by BWSSB also stated that due to a replacement work of a 220KV metering CT & PT for the refurbishment of the surge protection system is proposed to be taken on Monday and Tuesday. Because of this CWSS Stage 1,2,3,4, phase 1 & 2 pumping system at TK Halli, Horahalli and Tataguni will not be functioning on the 21st and 22nd of July 2019 from 8a.m.-2a.m which may affect the water supply in the entire Bangalore city. People are requested to cooperate with the Board.

The Cauvery Stage IV, Phase II water supply project was implemented in the year 2017 and it was wrapped up around 2013. This project was put into effect due to Bengalurus’ increasing demand for freshwater.

This is not the first instance that BWSSB has issued such a statement. In 2018, the BWSSB had issued a similar statement due to a leakage in a pipeline 7 metres below the ground. In the statement, it was mentioned that water will not be available for 12 hours due to the leakage in major pipelines that would bring water to the city.

Around 8,000 trees to be axed for Greenfield Shamli-Ambala highway construction

Notice to NHAI over flyover on Dwarka Expressway