Hon. Minister Nitin Gadkariji graciously released the book ‘Building Bridges – Shaping the future’ on 4th January 2022 at a function that was witnessed by many enthusiastic family members, colleagues and friends.

This book charts the various collapses of Bridges which have resulted in the evolution of Bridge Management Systems world over and how that impacted the research and development of IBMS in India.

Building Bridges is an inspiring true story of a Team of Engineers, whose dedication and talent lead to conceptualization and development of Indian Bridge Management System (IBMS).

Witnessing the tragic and painful loss of life during the bridge collapse ignites a spark and burning passion for Bridge safety. This resulted in creation of a comprehensive, state of art, fully digitized System that collates data from inventory to inspection. It defines the testing protocol and based on results defines a rectification process which renders the bridge safe for continued use.

The tenacious efforts of the researchers is fraught with rejection by unwanted hurdles. Had it not been for a sharp and focused attention of Nitin Gadkariji the project was doomed. He also provided the basic conceptualization of the need to implement a fully digitized System which IBMS did achieve.

The book looks back on the bumpy yet rewarding journey of a Team of tenacious engineers devoting their life, encouraged by proactive and focused present day dispensation to provide an advanced bridge surveillance and management tool which envisages a future where no life would ever be lost due to faulty bridges.

Nitin Gadkari, Minister for Road Transport & Highways, India, says ‘the book eloquently describes the struggle and passion with which the evolution of the Indian Bridge Management System happened. I was impressed by how such an intricate and complicated technical matter concerning bridge management was explained and described in the book’.

The book is now available on Amazon and at a bookstore near your home. 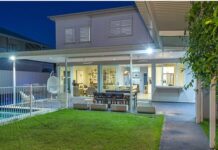 5 Factors to Consider When Building a Deck 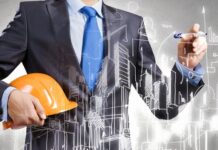 What is the Role of Estimating in Construction Project Management? 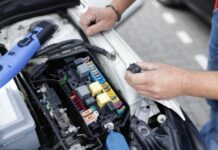 Garden sculptures – Everything you need to know about maintenance and...