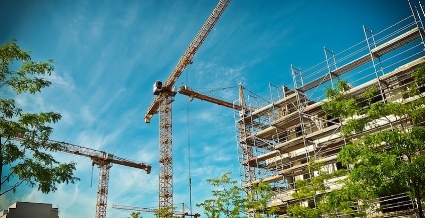 MUMBAI: BMC has begun to direct builders to create urban forests using the Miyawaki technique in their upcoming projects in the city. Every building must develop half of the mandatory recreational garden or open space in the common compound as an urban forest. Civic officials said creating a green cover will go a long way in helping control pollution.

Municipal commissioner Praveen Pardeshi issued the directive recently, following which the BMC’s building proposal department, began to insist that builders include the provision to get their projects cleared. Under the Miyawaki Technique, saplings are planted at close quarters to create a canopy effect. Such a dense forest, though, leaves little room for walking. A civic engineer said that the builders today are complying with the directive because it has been issued by the BMC chief. But this needs to be made into a policy to secure its future.

The Tree Authority, constituted under the Maharashtra (Urban Areas) Protection and Preservation of Trees Act, mandates a minimum of two trees per 10 metres of open space in building premises in the city. Under Miyawaki Technique, the number multiplies.

Senior architect Shirish Sukhatme said that it is a good idea to have more trees in a building and increase the green cover. But this needs to be supported by a policy. There is a Tree Authority rule that makes it mandatory to plant a minimum of two trees in a 10m open space of the building. To avoid anyone challenging the decision in the future the BMC should introduce a related policy. A senior engineer in the building proposal department said that the policy to mandate the Miyawaki Technique has not been framed yet. A civic engineer said while constructing on a plot measuring 1,000 square metres, the builder must set aside 150 sq m for open space, of which 75 sq m must be used for an urban forest.