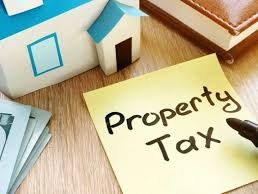 The state government in a statement on Wednesday said this move to engage a third party is a step towards the financial empowerment of urban local bodies in the state and is at no additional cost to the municipal bodies and “shall not enhance the existing tax rates to the citizens”.

“Self-sufficiency of ULBs is, therefore, extremely crucial for provision of basic amenities. Property tax is the largest share of revenue for ULBs. However, it is constrained by low coverage and poor collection. In respect of GMC (Guwahati Municipal Corporation), in the last FY of 2021-22, the corporation could collect only 23.5% of its annual demand of property tax,” the government stated.

It added that ways to enhance municipal revenue was deliberated at length in the conference of chief secretaries chaired by PM Narendra Modi at Dharamshala in June 2022.

“Third party assessment of property tax through PPP which was started in Ranchi was presented in the conference and has resulted in enhancement of revenue collection by fourfold in three years. The assessment base of properties showed a growth of 67%. This has been extended to all cities in Jharkhand. It is also being followed in several ULBs of Rajasthan, Chattisgarh and Bihar,” the government said.

It has been documented as the best practice for property tax reform by Niti Aayog.