Global steel major ArcelorMittal Monday told the National Company Law Appellate Tribunal (NCLAT) that it would pay Rs 42,000 crore, including a minimum of guarantee of Rs 2,500 crore as working capital, for acquiring debt-laden Essar Steel under the insolvency process.

According to him, there have been eight attempts by Ruias to create hurdles in the insolvency resolution process of Essar Steel.

The NCLAT is hearing a batch of appeals filed by several stakeholders challenging NCLT’s approval to ArcelorMittal’s resolution plan for Essar Steel.

Countering the allegation of Standard Chartered bank over valuation of Essar Steel, Salve submitted that the liquidation value of Essar Steel was Rs 15,800 crore and ArcelorMittal India is paying almost three times, which is “fair”, “reasonable” and “adequate” to meet the interest of the stakeholders.

Salve contended that during the resolution period, Essar Steel had a profit of Rs 3,500 crore and the company is already providing Rs 2,500 crore as working capital.

As ArcelorMittal has assured a working capital of Rs 2,500 crore, a profit of Rs 3,500 crore means that ArcelorMittal will make available a sum of Rs 43,000 crore to the creditors of the company,” Salve said adding that “Rs 42,000 crore is the frozen figure”.

He further said that ArcelorMittal would also infuse Rs 8,000 crore additionally in the company after the takeover.

Over distribution of Rs 42,000 crore between financial and operational creditors of Essar Steel, Salve suggested there should be equitable distribution” of the money coming from ArcelorMittal.

However, he also said that it was not on ArcelorMittal to decide over the distribution of the fund.

On being asked from the NCLAT bench over it, Salve said, “It should be finally decided by NCLT and you (NCLAT).”

During the proceedings, Salve alleged Ruias are creating hurdles in the insolvency resolution process of the company and made several attempts.

“Ruias are trying to create hurdles,” he said referring to the recent allegations by the Essar Steel Asia Holdings Ltd, a shareholder of Essar Steel Ltd.

Salve also refuted contentions of Essar Steel Asia Holdings Ltd (ESAHL), which sought rejection of ArcelorMittal’s resolution plan alleging that its chairman and CEO L N Mittal suppressed his links with defaulting firms run by his two brothers intentionally to bypass the ineligibility criteria under section 29 (A) of the Insolvency & Bankruptcy Code.

“The Supreme Court has clearly said that nothing beyond KSS Petron and Uttam Galva and these people have gone much beyond that,”he told the tribunal.

He further said the NCLAT does not even have jurisdiction to reopen the issues that have been looked at, decided by the Supreme Court.

“Some people are manufacturing hurdles,” Salve said, adding “Their conduct is under contempt … they come and raise the issues again.”

Salve said that Essar Steel Offshore, a step-down firm of Essar Steel to buy Trinity Coal, should not be a crying wolf.

“In our estimate, the value of the asset is USD 25-30 million. Their estimate is USD 640-45 million. I am saying them to give us USD 600 million for the asset,” he said, adding that it should be left for the conjecture, where the erstwhile promoters “use the money for buying yachts or planes.”

Essar Steel has given a bank guarantee for the step-down firm.

Trinity Coal has filed proceedings under chapter 11 in the US Bankruptcy Court for South District of West Virginia.

“Therefore the purported valuation of Trinity Coal as presented by Standard Chartered Bank, in the course of its arguments is questionable and asset of negligible value to the Essar Steel,” said Salve.

Meanwhile, over the matter of Orissa Slurry Pipeline Infrastructure (OSPIL), Salve said that there was no secret settlement with the lenders regarding it. It is a separate transaction and the Cuttack bench of NCLT has already admitted insolvency proceeding against it. 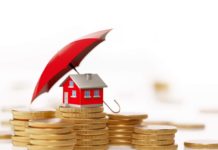 Tata Power highest bidder for UP Transco with ₹3,000-crore offer