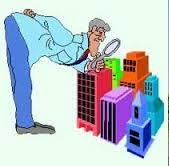 A day after a four-storey building collapsed at Thiruvottiyur, experts from Anna University began inspecting the remaining blocks in the colony.

The Tamil Nadu Urban Habitat Development Board (TNUHDB), formerly the Tamil Nadu Slum Clearance Board, has also ordered inspection all its buildings in the city that are more than 25 years old – 17,734 – before Friday. Those deemed dangerous would be demolished.

The building that collapsed was 28 years old, while the general structural stability of TNUHDB tenements is 30 years.

On Tuesday, the TNUHDB asked occupants of some blocks at Thiruvottiyur to move out till the experts’ inspection is complete. As drilling at the collapsed building site commenced for study, there were vibrations in other blocks, occupants said. R Ravi, a resident, said cracks appeared on walls. “The occupants could feel the vibrations due to use of machines. Residents in some blocks were asked to vacate and were accommodated in marriage halls,” he said.

Several mini-vans made multiple trips to ferry household items even as residents scouted for rented houses and a few complained of rents being too high. TNUHDB officials said thatthey had asked residents of only some blocks to move out as per the suggestions of experts. “But, many others vacated along with their belongings,” an official said. Residents of three blocks at the entrance are likely to be allowed to stay as there are no issues with the safety of the structures, he added.

TNUHDB managing director M Govinda Rao said that regarding tenements across the city action would be taken based on the experts’ report.

“Structures identified as dangerous would be demolished for reconstruction. At the same time, steps would be taken to accommodate the residents during that period,” he said.

VMRDA to spend Rs 150 crore to build one cent layouts