The Uttar Pradesh Housing and Development Board, commonly known as Awas Vikas Parishad (AVP), is a major defaulter of Agra Jal Sansthan. Water supply bills of past several years totaling Rs 10 crore are pending. These bills pertain to Sikandra residential scheme. The board, which is in a poor financial condition, is required to pay the pending sum by March 31 or else it will have to pay a surcharge of Rs 7 crore. In this regard, Jal Sansthan has issued a notice to AVP.

General manager, Jal Sansthan, RS Yadav said, “The housing and development board under the Sikandra housing scheme has run up water supply dues to the tune of Rs 10 crore over the past several years. We have asked the board to clear the dues by taking benefit of the ongoing one-time settlement scheme which will continue till March 31. After this, surcharge amount which is calculated to be about Rs 7.76 crore will be charged.”

The Jal Sansthan has reminded AVP authorities that it does not get any financial assistance from the state government and has to depend on its own resources to run its establishment. The income generated from water and sewer tax is used for maintenance works and other expenses, including payment of salaries to workers.

According to sources, the AVP has not been able to make profits under the Sikandra residential housing scheme as a majority of the units are yet to be sold. Some of them have been illegally occupied. People who had been allotted houses have not been able to take possession. Following this, they have stopped paying installments. 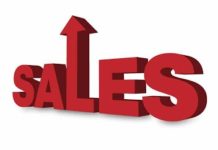