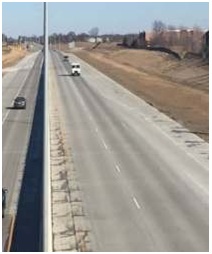 A 35-km stretch of national highway between Hapur and Moradabad, which generated a revenue of ₹272 crore between 2017 and 2021 has also claimed nearly 900 lives during the same period, reveals government data.

This toll road stretch under the Brijghat toll plaza falls on national highway 24.

The road is a key connecting route for the people travelling between Delhi and the interior of Uttar Pradesh or towards Nainital in Uttarakhand, claims a PTI report. The data has been revealed by the National Highway Authority of India (NHAI) in reply to a query filed under the Right to Information (RTI) Act by Noida-based social activist Amit Gupta.

NHAI said that the total project cost for building this stretch was ₹195.51 crore. It collected a sum of more than ₹272 crore in toll from this stretch between 2017 and November 2021. But what came as shocking information is this stretch caused 900 deaths as well.

Despite the alarming number of deaths in the last few years, NHAI claimed that it has no record of the number of complaints related to damages or bad road conditions on the 35 km stretch. Hence, it has no separate budget allocated for the repair of this stretch under the Brijghat toll plaza.

According to information available on the NHAI website, the Brijghat toll plaza has a design capacity for handling 60,000 vehicles a day and had daily traffic of 46,360 vehicles in March 2017.

Tata Realty may look at launching REIT after 2-3 yrs