Sir Mokshagundam Visvesvaraya, popularly known as Sir MV (15th September 1861 – 12th April 1962) was an Indian civil engineer and statesman and the 19th Diwan of Mysore, who served from 1912 to 1919. Engineers Day is celebrated in India, Sri Lanka and Tanzania on 15th September in his memory. He is held in high regard as a pre-eminent engineer of India.

Sir M. Visvesvaraya was an Indian engineer, scholar, statesman, and the 19th Diwan of Mysore. For his magnificent works as an Engineer,  he received India’s highest honour, the Bharat Ratna, in 1955. The intricate system of irrigation in the Deccan area, flood protection system in Hyderabad and KRS Dam across the Cauvery River in Karnataka are some of his renowned works.  Sir, M Visvesvaraya was born to a humble Telugu Brahmin Family from Mokshagundam, briefly settled in Chikkaballapur, Karnataka. He came from a humble background but his life lessons still inspire us. His life and work are a testament to hard work and success.

Contribution of Sir MV cannot be summarised in a single article. He is a Visionary Person, who dreamt of India as a Self-sustainable country with all potentials, by gathering knowledge from different parts of the world. His contribution cannot be summarised only to Engineering, No field of activity escaped his attention. He never sought publicity or fame but honours came to him from many quarters spontaneously.

This engineer’s day, it is time to revisit him to ignite the spirit of responsibility and commitment in the nation. Here are a few selected quotes of Sir M. Visvesvaraya which inspires us for good.

So, these were a few gem quotes presented to you. Let Sir M. Visvesvaraya inspires us all to take responsibility for the things we do in our daily lives. 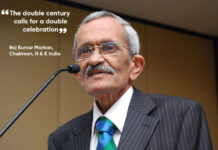 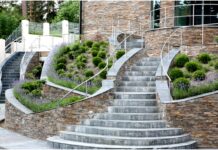 Recovery notices to violators for demolition cost in Gurugram: DTCP 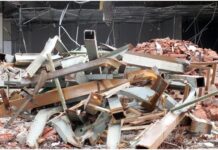 Numerical modelling of a Pile-Supported Embankment