The Bengaluru Urban district administration swung into proactive mode in recovering encroached government land. In about four months, 290 acres have been reclaimed by clearing encroachments at 204 places.

Of the 290 acres recovered from July 31 to November 27 this year, 237 are in lake/tank beds. The lake encroachments were cleared at 155 places, with Anekal taluk reporting the highest recovery.

North, south, east and Yelahanka are the other taluks where recovery of government land is under way.

“Honakalasapura, Rachamanahalli, Giddanahalli and Chokkasandra lakes were among the 59 that were cleared of encroachments in Anekal recently,” said J Manjunath, Bengaluru Urban deputy commissioner, adding: “We are conducting these drives every Saturday at lakes, stormwater drains, barren land and grazing land.”

However, the administration is not fixing any value for the encroachments on lake beds it has cleared. “Lakes are invaluable assets and we don’t put a price tag on it,”he said.

The value of the 53 acres of recovered land, which excludes the reclaimed lake beds and includes gomala (grazing land), gundu thopu and government kharab land, is Rs 96.3 crore, documents accessed by TOI revealed. Manjunath confirmed that no recovery of encroached government land had happened in the five years prior to July 2021.

Asked about the AT Ramaswamy legislature committee report’s finding that nearly 25,000 acres of government land has been encroached upon in Bengaluru Urban, officials asserted that their drive to reclaim grbbed land is only intensifying.

Forty-three acres of non-lake land was recovered till November 20. The drive was strengthened and 10 acres were recovered in the week that followed. The administration is creating bio-fencing in reclaimed lake areas. It includes planting lines of trees or shrubs on the boundaries to prevent the land from getting grabbed again and creating a barrier during flooding.

Officials said if there are buildings on the land, they will be kept for use in future for public purposes. Manjunath has asked his officials to convert a Kalyana Mantapa into a Nada Kacheri. “We are not demolishing all the buildings. If they can be reused for other purposes which will benefit the government, it will done,” Manjunath said.

With 94.3 acres, Anekal taluk has the highest number of encroachments excluding lake beds amounting to Rs 34.2 crore, followed by Yelahanka (Rs 29.4 crore). The reclaimed land will be used for setting up public schools, anganwadis, PHCs/sub-centres, social welfare department hostels and used as playgrounds.

“We will also ensure that there will be one burial ground for each village with a population over 800 persons. The land will be utilised to set up a solid waste management processing plant spread over 1-5 acres in every GP,” he said. 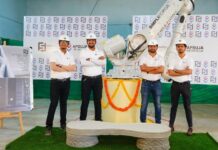 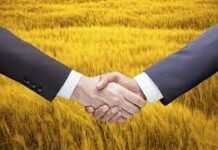 Mapletree Logistics buys land on the outskirts of Bengaluru